Another Alumna in Space! 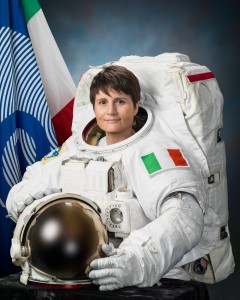 With the successful flight of Soyuz TMA-15M, Sam Cristoforetti becomes the second Space Camp alumna to leave the planet!

Sam was honored at this year’s Space Camp Hall of Fame Induction Ceremony, the entirety of which is now available for viewing.

At the very least, take a look at her introduction video as well as her acceptance remarks, the latter of which was filmed in Houston, TX whilst in the middle of training for her Expedition 42 journey.

She paid Space Camp a visit early last year, speaking to a group of Space Campers and museum visitors.  Watch those remarks here!