Thirty years ago today, SpaceCamp went into theaters like a lion.  That it went out like a lamb is incidental.  The movie that would give a lot of kids the idea to go to Space Camp was released onto the world, and we’re all better for having seen it!

The anniversary gained some surprising traction on the internet today, as media, both social and otherwise, took note! 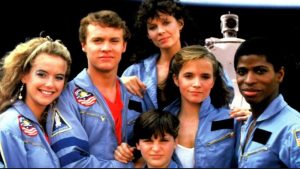 The movie being the 80s cult classic that it is, the anniversary is directly responsible for the 80s theme at this year’s Space Camp Summer Fest.  An 80s costume contest will be held at the Friday night pool party at the Marriott, and the movie will be screened throughout the weekend!