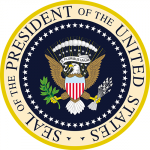 In the midst of all of the stories and reporting regarding President Trump’s Executive Order banning certain individuals from entering the United States, one human interest story involving Space Camp came to light.

Pouya Ghadirian, a 15-year-old with dual-Australian-Iranian citizenship, was planning on going to Space Camp this March, but the order has caused the rejection of his visa application.

The story received a fair bit of traction in the press, with articles published by numerous outlets, including:

Update: with the courts having struck down the ban, Pouya’s trip to Space Camp is back on!