This very evening, a brand new batch of counselors graduated from training!

Graduation was held in The Challenger Auditorium in Habitat II.

The counselors had been divided into three teams during training–Gibson, Musgrave, and Springer–and provided with a veteran mentor counselor. 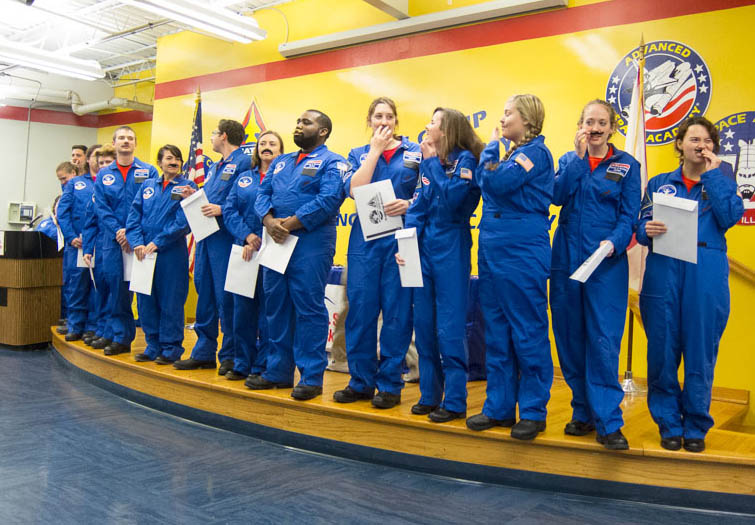 Story Musgrave and Bob Springer, the other two teams’ namesakes, both lack in amazing facial hair (and when it comes to hair, Story Musgrave is rather like a seal). 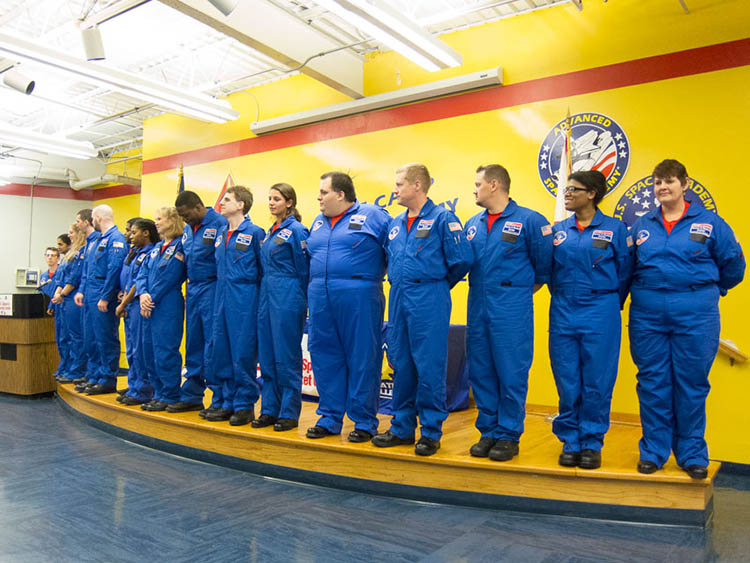 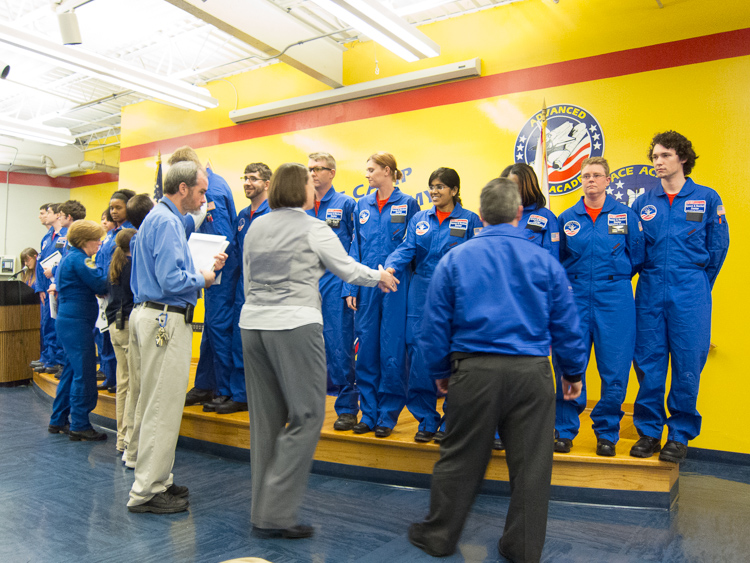 Just like a Space Camp graduation, counselor graduation includes various awards.  Awards were given out for the best mission patch, best test and presentation scores (the much-coveted “Smarty Pants” award, which was an old pair of Space Camp counselor shorts from the late 80s and early 90s), Mr. and Miss Congeniality, and one Right Stuff award.

All-in-all, it seems like Space Camp has gotten themselves a great bunch of Space Camp Counselors!

They’re in for one heck of a good time!

Here’s to wishing them the best of luck and may they eventually end their tenure with the fondest of memories.