Flight Engineer Clayton Anderson, Flight Engineer Daniel Tani, and Expedition 16 Commander Peggy Whitson were kind enough to spend some time with some of the trainees from Space Academy this week as well as some eager NASA-folk! A few of the Space Camp for Educator counselors snuck over to MSFC as well!

The crew brought along a highlight reel of their mission and took questions and, after the show was over, they were kind enough to stick around and sign autographs! 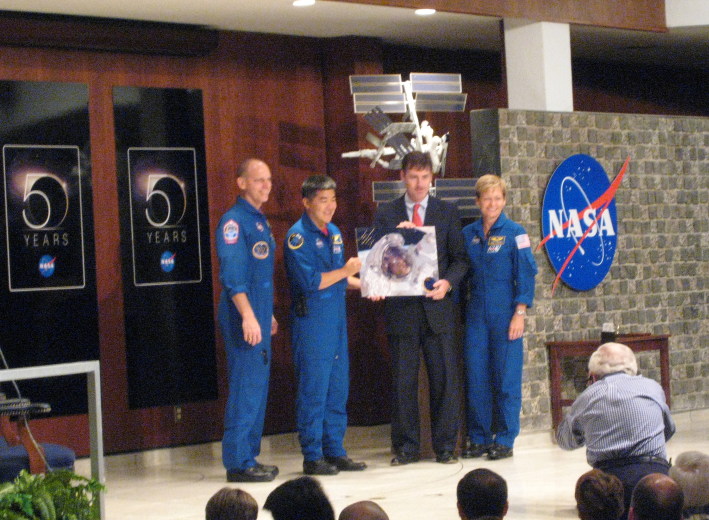