Four Members Into the 2015 Space Camp Hall of Fame

In addition to the previously announced selection of Kate Rubins, Space Camp today announced the names of the three remaining individuals into the 2015 class of the Space Camp Hall of Fame.

In full, the four new members shall be:

Elizabeth Bierman is a Senior Project Engineer at Honeywell Aerospace and currently serves as President of the Society of Women Engineers.  You can learn more about her from her bio on the SWE Page, or follow her on Twitter (@SWE_President and @Ekbierman).

Susanna Phillips is an accomplished opera singer who grew up right in Space Camp’s backyard!  She is currently on tour, with quite a busy schedule!  If you are unable to see her induction, she may likely be in your neck of the woods soon!  In the meantime, you can head on over to her homepage, learn more about her, hear her lovely voice, and follow her on Twitter (@sopsus)!

Bobak Ferdowsi is a Systems Engineer at the Jet Propulsion Laboratory.  A graduate of MIT, Bobak has contributed to both the Cassini-Huygens and Mars Science Laboratory/Curiosity missions, as well as significant contributions to NASA’s public outreach initiatives.  Bobak @tweetsoutloud.

Dr. Kate Rubins joins the growing list of Space Camp alumnae Astronauts.  Dottie Metcalf-Lindenburger was the first.  ESA Astronaut (and current ISS occupant) Samantha Cristoforetti was second.  Kate is scheduled to be the next Space Camper in space when she departs for the International Space Station as a Flight Engineer on the Expedition 48/49 crew.  Follow her on Twitter @Astro_Kate7 to see all her updates while she’s in orbit!

Come to the Space Camp Alumni Festival and see their induction in person!

You can read Space Camp’s official press release as well. 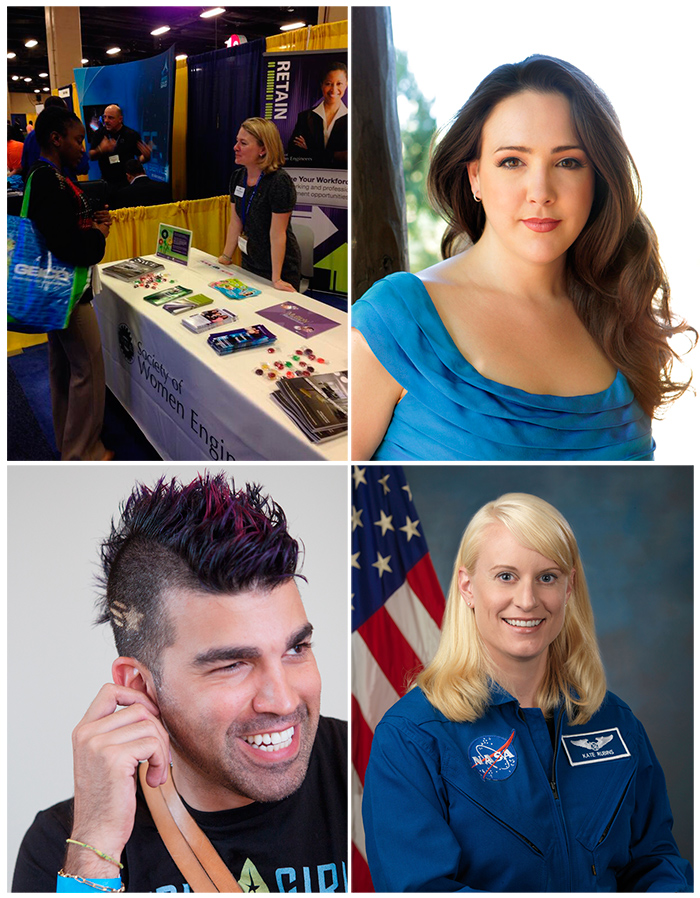