Before the ceremony, there were, of course, more opportunities to dive in the Underwater Astronaut Trainer, fly missions with Astronauts, and run missions from Mission Control with actual NASA flight operations staff!

At 10:30 in the morning, Space & Rocket Center CEO Dr. Deborah Barnhart hosted the “Town Hall Breakfast” to give a sort of “State of the Union” on what’s going on at Space Camp, plans for the future, etc.

Awards were also given out to some very deserving individuals, and current Space Camp Hall of Fame Director Burke Hare gave a speech so wonderful, I regret not having it on video! 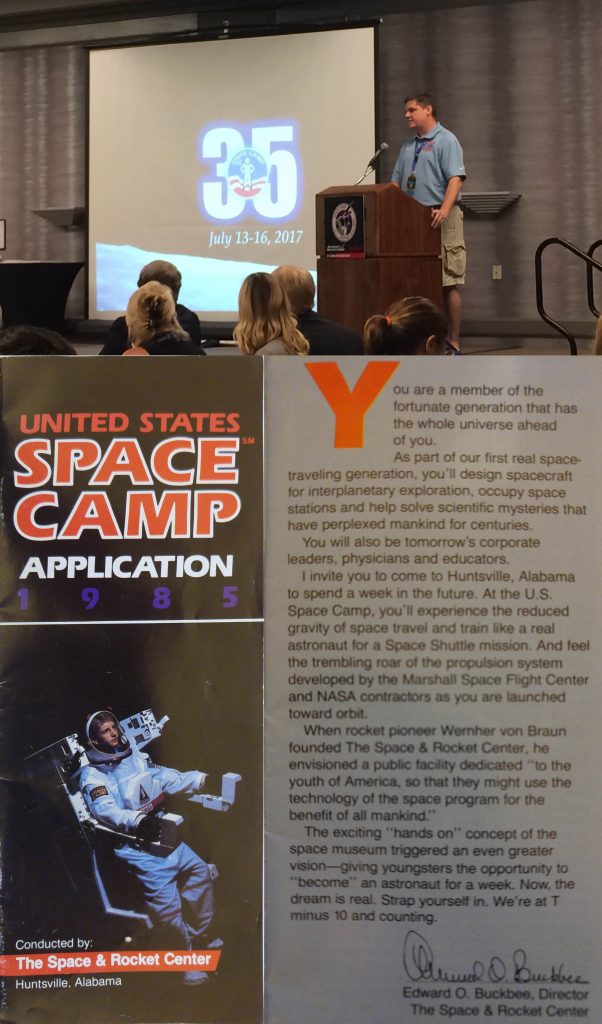 When he came to the section, “…you’ll design spacecraft for interplanetary exploration, occupy space stations,” Burke called out into the audience, “Anyone here done that?”

Dottie Metcalf-Lindenburger, Space Camp’s first alumna Astronaut, was in the audience and responded enthusiastically in the affirmative!

It was an amazing breakfast!