Space Camp celebrated its 30th Anniversary this weekend with a series of notable events.

The 30th anniversary events started off on Thursday as Space Camp held its “Retro Night.”

Upon check-in, guests were greeted to a bag of swag: 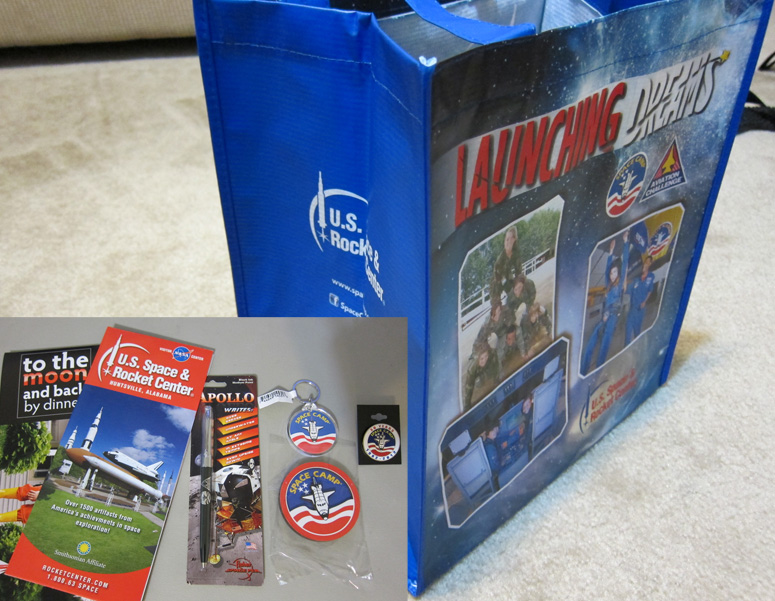 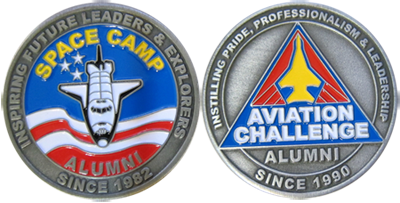 The highlight of “Retro Night” at Space Camp involved, naturally, a public showing of SpaceCamp the movie. 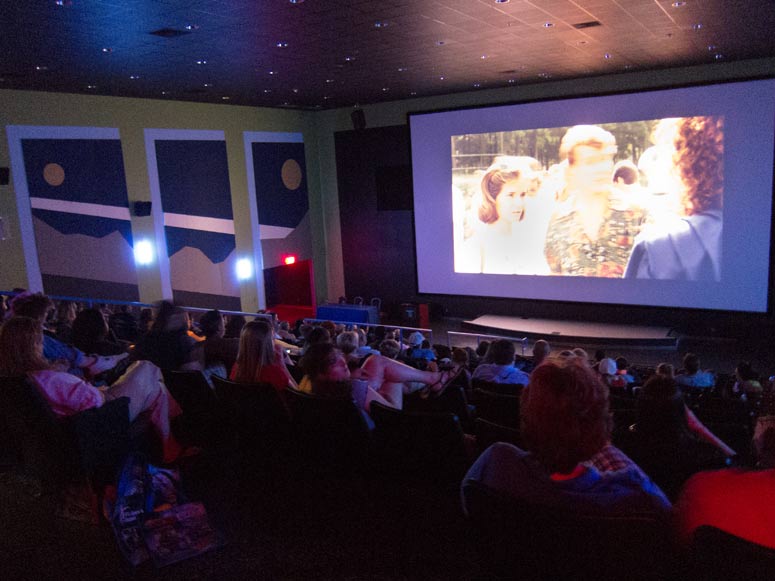 As nice as it was to see SpaceCamp with an audience, the real treat of the evening came with the panel held afterwards.  Patrick Bailey, the film’s producer, sat down with the Space Center’s CEO from 1985, Ed Buckbee, and Lee Sentell, a technical advisor to the film and Space Camp’s marketing guy circa 1985.

Because the film did not realize the box office success for which it was destined, I suspect this might have been the first time in a quarter century that anyone involved in the making of the film sat down to talk about it!  Such a rare event deserved to be preserved for posterity, and so it was!

Overall the night was quite festive, with a mix of 80’s retro and Space Camp retro.  Some went for the neon colors and big hair, while others went for old Space Camp garb.  Space Camp even managed to dig out enough of the old powder blue shorts and ringer tees to outfit the night’s support counselors.